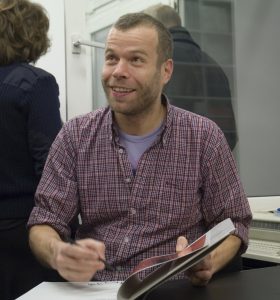 The Turner prize, named after the English artist JMW Turner, is the price given to a British artist who focuses on the visual medium. Since its launch in 1984, it has enabled the careers of some of the most well-respected and notable artists of the last few decades. The prize is shrouded in controversy and is named after Turner because while he was alive he was also an artist of great controversy.

Artists who have received the price include Anish Kapoor, Anthony Gormley and Damien Hirst. However, none have proved more controversial than Tracy Emin. The art critic Richard Cook has criticized the prize saying it is stopping people approaching arts with an open mind. Sarah Thornton has also claimed that the only reason that many of the artists go on to achieve such success is because of the self-fulfilling prophecy which is affiliated with winning.

Not everybody has been so critical of the prize. Broadcaster and journalist Janet Street-Porter has praised the work of the Turner Prize for making art seem more accessible and advocating its role in bringing more people, especially younger people, to museums. The prize also now has a commercial value with the recipient winning upwards of $50,000. Some have said this inhibits artistic integrity as artists simply create works which they think will be popular with the panel of judges.

The role of commercialism in art is one that has been highly debated through the years. Though it seems inevitable that once an artist reaches a certain popularity they will not receive great financial rewards. The latest winner of the Turner Prize was Lubaina Himid in 2017. Lubaina was the first person over 50 to win after rules were changed to permit older artists to enter the competition.